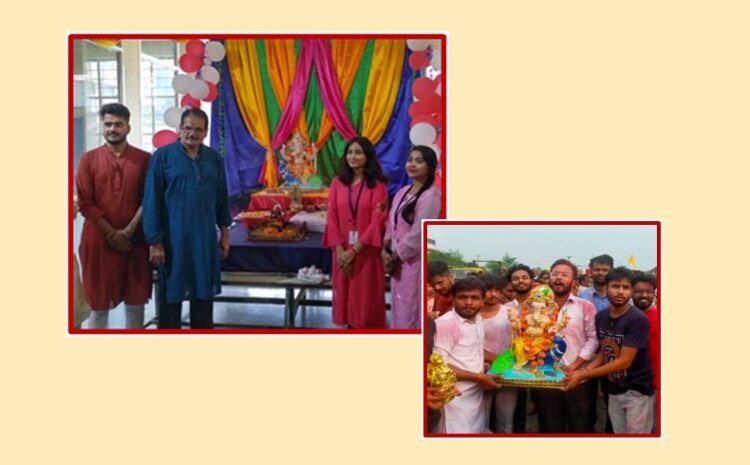 Bansal College of Pharmacy celebrated Shri Ganesh Mahotsav(16th Sthapna). GANESH UTSAV – started by welcoming Lord Ganesha for Sthapana at Activity Hall with rituals – Maha Aarati and Pooja in an atmosphere full of devotional fervor Site for Sthapana of Lord Ganesha was decorated with pleasant Lightings, Devotional Bhajana’s- Shlok’s, Stotra’s Sundarkandand Sound System. Sunderkand Path was organised on 03/September/22.The recitation of the sundarkand was led by Shri Pt. Sanjay Tiwari.In a nutshell this event made many attendees to involve themselves spiritually from depth of their hearts.

The atmosphere at the campus was filled with vibrations and positivity assuring positivity to everybody for upcoming days.Ganesh Utsav organised by Fifth semester student specially Ashwarya, Sherya Tiwari, Pranjal, Alok Shukla, Athrav, Naveen, Praveenand entire student community devoted a lot of time and sweat in the decoration and management of the event. The entire event was followed by Bhandaara and Prasad distribution.The event was set for celebration by mixing the new generation with the old tradition with dancing on the tunes of “Bollywood Bappa (Bites)”. All Members of BGI have attend the program.